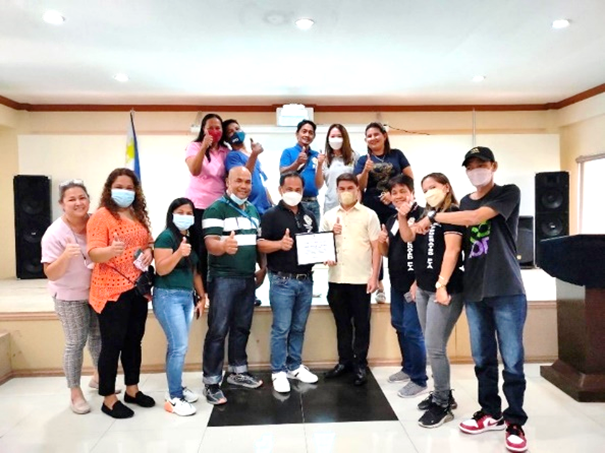 The oath-taking was facilitated by the Schools Division Superintendent, Ma'am Edna Faura-Agustin. She gave an inspirational message mentioning that “A teacher and a parent can make and unmake the future of the child.” She emphasized that parents and teachers have a crucial role in the holistic development of the learners. SDS Edna said, “Sa Lungsod ng Binan, katuwang ang magulang sa pagpapaunlad ng paaralan.” She thanked all the attendees for their 100% participation and support to SDO Binan City. The assembly was also attended by Sir Ariel M. Cabantog, Administrative Officer V, who welcomed the participants and thanked them for their continuous support to SDO Biñan City. He assured everyone that the division office will continue to provide activities that shall strengthen collaboration with PTA and community. The Education Program Supervisor of SGOD, Dr. Gertrude A. Anunciacion provided a comprehensive discussion of Omnibus Guidelines on the Regulation of Operations of Parent-Teacher Associations.
The assembly was participated by 38 school PTA representatives which was facilitated by the Social Mobilization and Networking Section of SGOD.

This website is owned by DepEd Division of Biñan City which will communicate and engage the community and other stakeholders on the advocacy, programs and projects of the DepEd Organization. We strive to keep everyone informed and updated Thank you.